Co-benefits can be both intentional (deliberatively planned) and emergent (unanticipated), and there is a time dimension, some are shorter-term while others are much longer-term, an important consideration for political decision-makers when evaluating options. All agreed, however, on the importance of acting now and wherever possible, measuring the results. For example, the BC government estimates that every $1 invested in urban trees realizes $1.88 to $12.70 of benefits.

Check out the full conversation here!

If you are interested in learning more, an illustrative climate action co-benefits map has just been published in the Share section of Changing the Conversation. 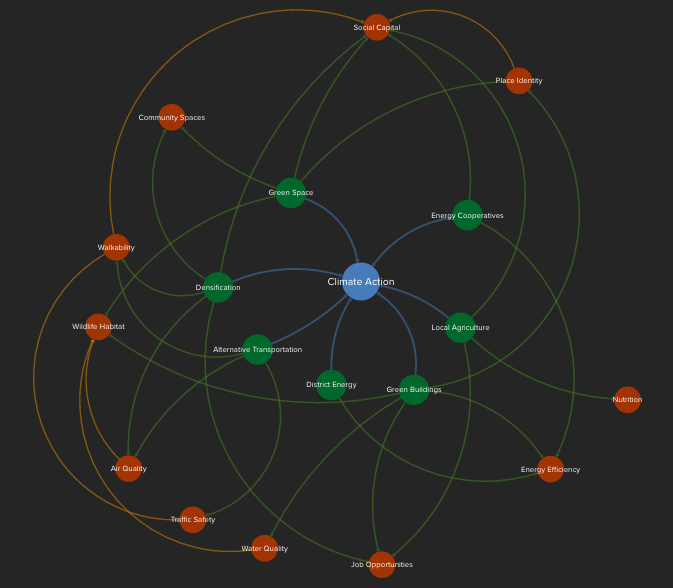 Winds can become 600 times more powerful
November 7, 2019
The road to become the 1st carbon neutral capital in the World
October 17, 2019
Putting a price on carbon is working! Look at these 6 examples
September 30, 2019
Over 99% of climate scientists have no doubts that humans are causing global warming
August 12, 2019
Subscribe to